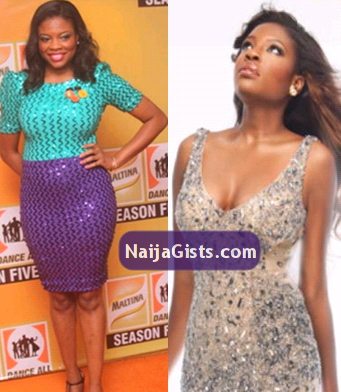 Kemi Adetiba was arrested for allegedly defrauding a church in Gbagada, Lagos of the aforementioned sum.

The TV personality who has been scandal-free for some time now is in a messy fraud which might likely end her career.

According to a reliable source, an individual entrusted N15 million into her care in order to help a non governmental organization in the church to handle some production deal which she never did.

As at the time of this report, details of the shady deal is still unclear.

Kemi Adetiba has been arrested and taken to EFCC office in Okoti-Eboh Street in Ikoyi, Lagos.

The Ekiti born star who can’t speak Yoruba reportedly begged EFCC officials to allow her to host Maltina DanceHall Season 6 and promised to sort out the debt after the show.

We also gathered Kemi invited her aged father to plead with EFCC to allow her to host the upcoming show.