Ever since the release of Tonto Dikeh’s music, Get High and It’z Ova, many Nigerians have responded positively while others who remained neutral have turned her songs into comedy. naijagists.com

Listen to the songs below and read the comments after.

Below are some comments from her fans.

Be warned do not read these comments in public places, business meetings or beside your serious boss.

If Patience Jonathan listens to this song am sure she will be flown back to germany because this Tonto’s song can cause a terrible disease to human beings.

Pls if u have not listened to the song don’t let’s make sure something does not happen to we that took the risk to listen.

WHAT THE HELL IS DAT PLAYING??? 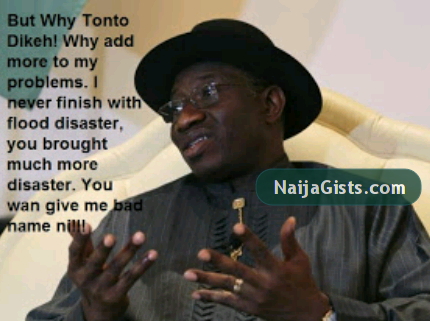 Finally Tonto Dikeh and Sina Rambo Planning a collabo God help me oh send down ur fire on those pple dat are planning evil in dis country!

Tonto Dikeh’s 2 tracks are like 2 Bullets , One to Kill you and the Other to Make sure you are Dead.

A friend has bin on coma for 7months now, and today when cool fm played tonto dikeh’s song she woke up and switched off the radio by her self. Praise the Lord 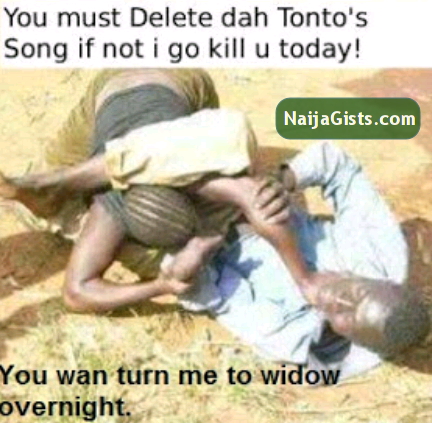 Tonto abegiiiiii stick to ur  sounds like a dying cat

This is unbelievably horibble.

Tonto u r wicked, untop uniport killings in aluu and flood here and there u decided to do this to ur fellow nigerians! Its not fair ooo! God dey sha!!!

STUDY: If you watch Mr Ibu’s movies & at the same time listen to Tonto Dikeh’s songs.. Ur IQ reduces by 80%.. Pls RT let’s save the world.

Guys, no other Naija musician have had a server crash due to over loading..Tinto Dikeh did it..the sight that hosted her song crashed yesterday, due to over load and traffic..Give it to the babe, but she more popular than ever

Is this a joke? 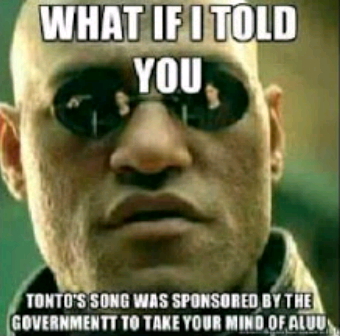 Tonto Is a Joke and so is the entire Nigeria Music Industry.

No marketer will ever agree to pirate this song, this na bad market o

Truth be told, if what Tonto Dike did qualifies to be referred to as singing, then my generator is the greatest vocalist of all time

Lool this can’t be real RT @ToniMak_:lol the devil is a liar RT @KimKardashian:But my favorite female singer of all time is Tonto Dikeh ;-)”

I always wonder why people hate dis girl, now i know why. with this kind of song God fit vex carry flood wipe Nigeria off the earth.

After Listening to Tonto Dikeh ‘s Music, there is a 98% possibility that you might slam your Phone on the Wall.

you pple should be there yabbing her, in the history of Nigerian Music Industry, how many artiste has garnered over 1 million downloads in 9hours immediately after the release of an album? be there naa, lol. If she is being paid 1 naira per download then she has hammered.

This Tonto girl get mental problem so it was because of this rubbish she was cursing peeps out on twitter. smh

Tips to loving the songs: a) remove bias when listening.. b)listen to it again especially the ”get high” track…practice with some azonto moves. You’ll realize d beats are not so bad. C) for a first trial.think she did better than most actors/actresses becoming musicians, e.g play alongside any of genevieve,Desmond Elliot, u’ll appreciate it then

She could have invited M.I for the rap part though( but nice attempt still ….). The lyrical content ain’t too good but heyyyy…an average Naija singer ain’t better so it can fly Jare……..

It’s not easy to pursue ur dreams wit such guts not minding people’s opinions…..many of us have given up dreams for the fear of what if?……

April fool came way too late this year. This woman can’t act and she can’t sing, what the h3ll does she want?

Where is Tonto’s voice in teh itz ova song? TOo much massaging of the voice and the instruments have drowned the music. Maybe na my headset. I no know sha. I fit dance am but I no know wetin she dey talk. The song be like say e belong to Snypa becos na him I hear well well. Tonto na backup singa.

Wow that was mean. You should just try my method out. If you dont like it done listen to it. I promise, it works wonderful. Smh

I actually think *itz ova* is owk… Buh get high??? I wan cry but shock no gree the tin comot :( … All the same, gorgeous tonto, pls stick to acting…

think the producer was high too….how did this get out of the studio?

You can say d song is good, you can say its bad bt the point is the song is enjoyin a lot of publicity rite now be it negative or postive. So we just succeeded in makin dat song the most downloaded single in nigeria and where ever she is she knws dat. There is no negative publicity. Publicity is publicity

Is the song that bad?
Or do people just not like Tonto?
Lol!

D song is really cool n I listened to it n danced to it. Am sure none of u haters n losers actually listened to d songs especially “it’s over”… Way to go Tonto.. How come I’ve never heard of y’all or ur tracks?mtchiewww….

and what song do u have? I just heard Davido’s gbon gbon and it is utter crap, but i don’t see anyone dissing him. Give Tonto a break, she dared to follow her dreams and i think she would get better with time

Person fit dance to “Its Ova” for club o. But na the man voice me dey hear pass. She shouldn’t make the mistake of releasing an album else she wants to distribute it free to people cos no one except family members will buy. 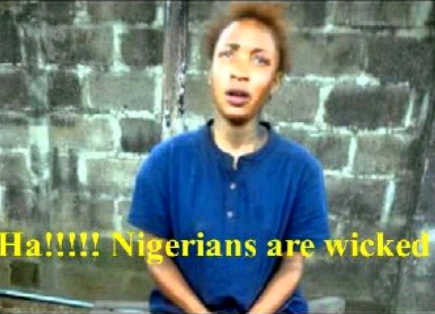 Good for Tonto, she has finally discovered her true talent in comedy! Basket mouth, watch out.