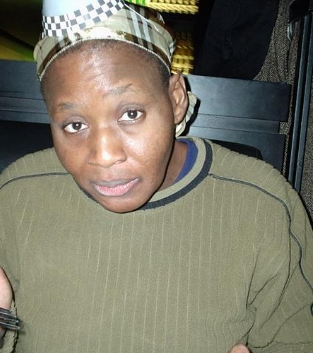 March 14, 2017 – Kemi Olunloyo Arrested By Police In Ibadan For Claiming That Obasanjo Killed Her Brother & Used Him For Ritual & Suleman Slept With 30 Widows

Nigeria’s most controversial social media critic who always get away with bullying has been finally arrested.

According to her, she was picked up from her home around 7:56am this morning for questioning.

Since then, the madam ‘too talk’ has been relatively quiet on the social media. 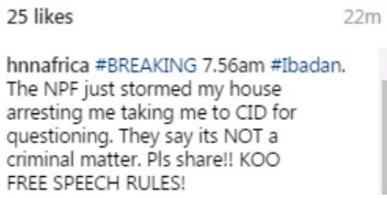 Before her arrest, she had been discussing Reno Omokri report on how Apostle Suleman slept with 30 widows and gave them millions to start their individual businesses.

She is also in trouble for claiming that ex-President Olusegun Aremu Obasanjo killed her brother, Oyeleke and used him for rituals in 1999.