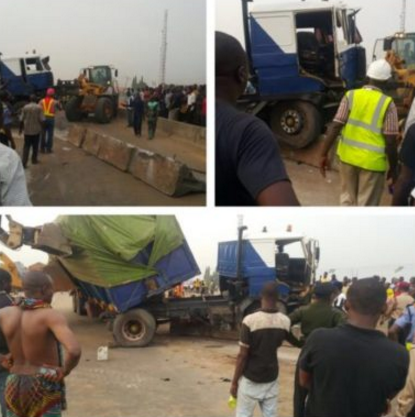 Earlier this morning, a traffic gridlock took over the popular Lagos-Ibadan Expressway following a series of collisions that happened around the NASFAT area of Lagos Ibadan Expressway.

FRSC officials were seen trying to clear the vehicles involved in the collision while leading drivers to take alternate roads this morning. 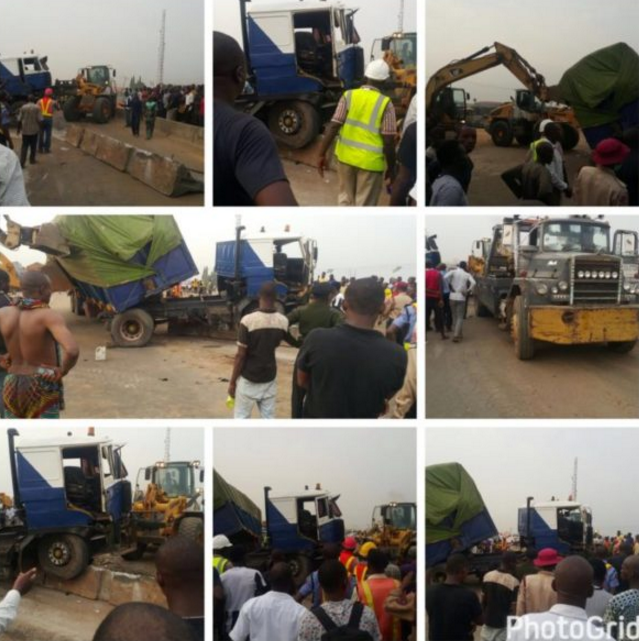