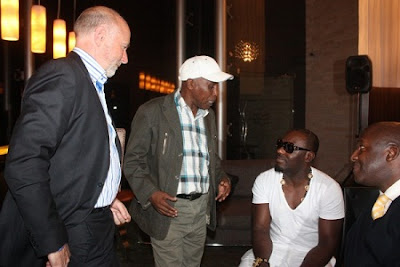 Nigerian actor and Unscripted reality TV show host, Jim Iyke has been advised to stop talking like an American.

Jim Iyke whose TV show debuts on April 17, 2013 on Africa Magic has been picked to take a lead role in a new Kenyan crime movie titled My Life In Crime.

I think say nah only me sabi phoney…now am not alone.. Lol