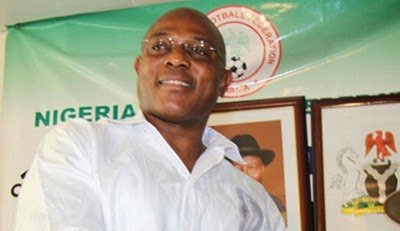 Super Eagles Coach, Stephen Keshi last night gave his provisional 30-man list for the Brazil 2014 World Cup, even as the Nigeria Football Federation (NFF), expressed satisfaction with it, declaring that Keshi will get total support from the Glass House.

The list shows that Super Eagles substantive captain, Yobo Joseph who is currently injured is staging a return alongside Osaze Odemwingie.

Keshi released the list after a marathon meeting with the technical committee of the Nigeria Football Federation (NFF).

“We have approved the 30-man list after the meeting with the coach and the technical committee. The list is a good one and Nigerians should be rest assured that Keshi will get total support from the NFF. We are on the same page,” Inyama stated.

Super Eagles handler, Stephen Keshi has stuck to his decision not to call up in-form Spain-based forward Ike Uche.Uche’s name was conspicuously missing in the list released last night alongside that of Ukraine based striker, Brown Ideye.

While Uche had not been part of the squad since after the AFCON 2013 campaign, Ideye featured in the World Cup qualifiers and was a member of the Eagles FIFA Confederation Cup campaign last summer in Brazil.

Two other players that were part of the World Cup qualifiers, but failed to get Keshi’s nod this time around are the duo of Portugal based John Ogu and Greece based Fegor Ogude. Both of them are midfielders.

Keshi would after the May 28, friendly against Scotland in London pick his final 23-man squad ahead of the FIFA deadline of June 2.