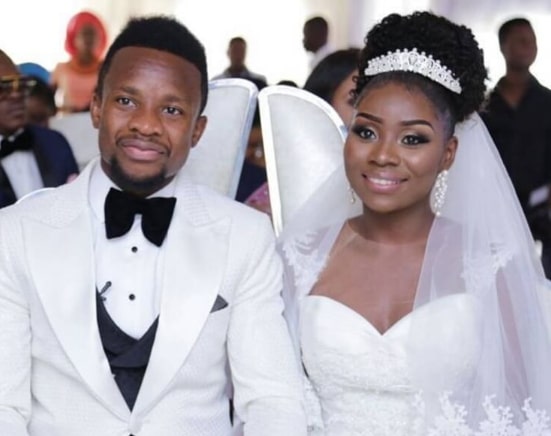 As the popular saying goes, “behind every successful man, there is a woman”. Footballers are known for their expensive lifestyle; they get to date and marry the most beautiful ladies around, ranging from models, beauty queens, singers, actresses and so on. In this article, we are going to be looking at the top 10 most beautiful wives and girlfriends (WAGs) of the Nigerian Super Eagles players.

The current crop of players in the Nigerian Super Eagles team, who emerged victorious in their latest competitive game, against Libya few days ago, are some of the youngest in recent times. They have achieved considerable success, given their relatively short experience in the world of football.

We take you into the personal lives of these players, to reveal the beautiful ladies behind their respective successes. 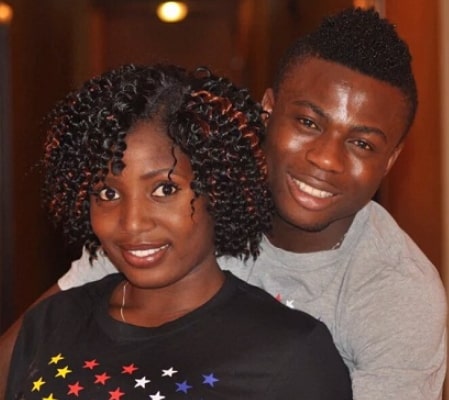 Moses Simon is one of the youngest married men in the Nigerian Super Eagles team. The 22-year old player got married to his beautiful wife, Sarah Ibukun-Simon, 3 years ago, in 2015. The lovebirds live together in Belgium, where Simon plays his professional football, with Genk (a top flight Belgian club). Sarah gave birth to the couple’s first child earlier this year.

The Super Eagles midfielder, who plies his trade with the English Premier League team, Leicester City Football Club, recently revealed the woman of his world. The lady in question is identified as Dinma and she’s one hell of a beauty. 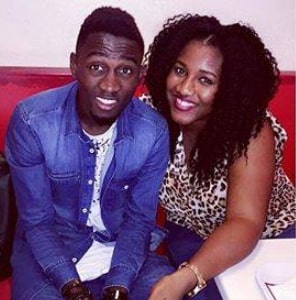 Not much is known about Dinma, but it has been gathered that, she makes regular visits to England, to see her heart rob. We wish the love birds the best in their union. 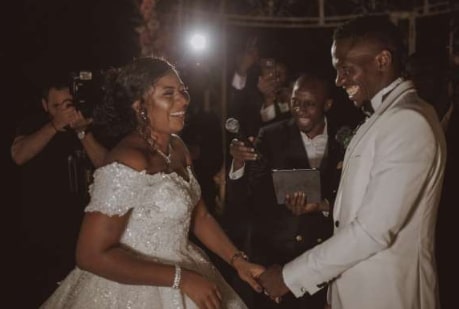 The Super Eagles defender is one of the newest men in the married circle. He recently got married to his long term girlfriend, Chioma Nnamani, in Enugu. Chioma Nnamani is a beauty to behold; with a curvy shape and a pretty face. Kenneth Omeruo sure has good eyes for beautiful ladies.

Chioma Nnamani-Omeruo and Kenneth have been romantically involved with each other for about 8 years, since way back in 2010, when the footballer is not yet made. This shows that, she has stood by him through thick and thin. 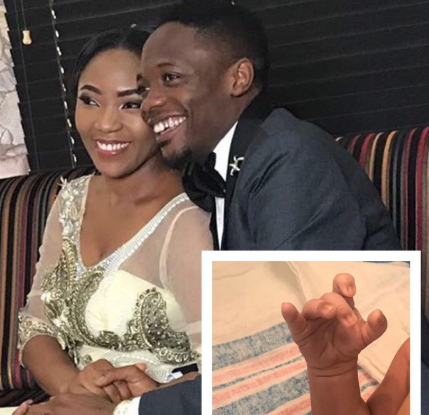 You all heard the news about the star player’s divorce of his first wife, Jamila. Well, he recently got married to his new lover, Juliet, who is an absolute beauty. Juliet is from Calabar, Cross River state, but she lives in Lagos. Rumours have it that, Ahmed Musa got her an apartment in Lekki, Lagos, as well as a brand new Mercedes Benz to cruise around town. She recently gave birth to a baby boy.

Onazi, who plies his trade with Turkish club, Trabzonspor, is happily married to his beautiful heartrob, Sandra Ogunsuyi. The couple tied the knot at a lavish event in Lagos, on June 18, 2016. Their marriage is blessed with a child.

Onazi, reportedly, decided to tie the knots with his beautiful girlfriend, Sandra, shortly after her graduation from the University. 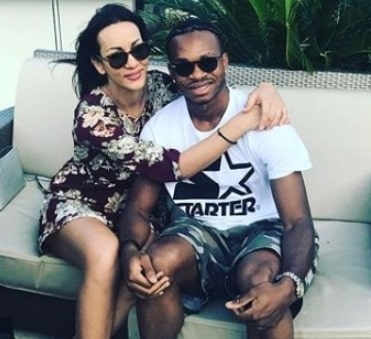 Not many people know that, Super Eagles midfielder, Joel Obi, is happily married. Joel Obi, who plays for Chievo Verona Football Club, in the Italian Serie A, got married to his Italian-based girlfriend few years ago. Although, the name of the Italian beauty remains unknown, her loved-up pictures with Joel Obi are readily available on the internet.

The midfielder, who is known for his persistent injury problems, has always found comfort in the loving arms of his beautiful partner. Their marriage has, so far, produced one child and the footballer has never shy away from displaying happy moments with his wife and child. 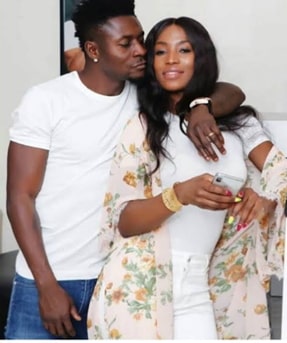 It is no longer news that Obagoal is married to Mario Balotelli’s beautiful elder sister, Abigail Barwuah, who is an Italian citizen of Ghanaian origin. Their union is blessed with two kids.

Obagoal, as he’s fondly called, met Abigail in 2012 and their love for each other has been waxing stronger ever since. According to Martins, Mario Balloteli is happy about his sister’s choice of man; who, in this case, is Obafemi himself. 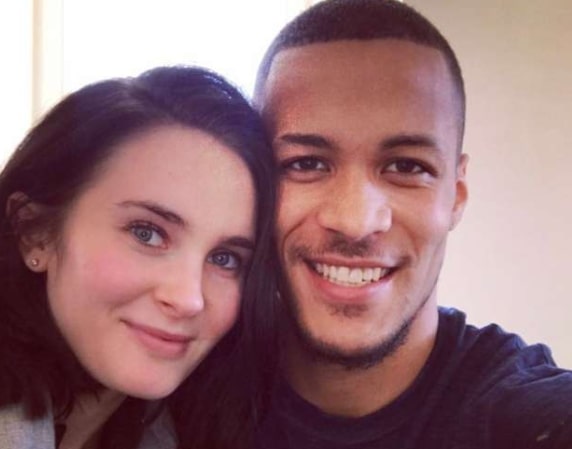 The Super Eagles defender has always been open about his affection and love for his white girlfriend and baby mama. Ekong, who is of biracial origin, has always displayed happy moments with his girlfriend, who is comfortably one of the most beautiful WAGs of the Nigerian Super Eagles players. The couple have been together for about four years.

Although, the name and identity of Ekong’s white girlfriend remains unknown, her pictures are easily accessible on the internet, especially on Troost-Ekong’s Instagram page. 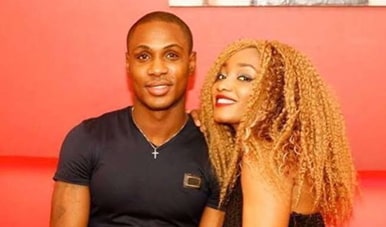 The current Super Eagles hitman, Odion Ighalo, who plies his trade in the Chinese Super League, is blessed with a very beautiful wife, Sonia. She is an absolute beauty and Ighalo has always been proud of displaying her to the world. Sonia and Odion Ighalo have been together since 2012 and their marriage is blessed with three children.

While the Super Eagles Striker has moved from England to China, his beautiful wife, Sonia, and their kids stayed back in England. We gathered that, Sonia visits China very often to see her husband. 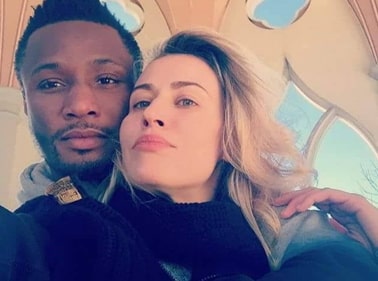 While Mikel Obi is the captain of the Nigerian Super Eagles team, his partner, Olga Dyachenko could as well pass for the WAGs captain. Olga Dyachenko stands out among her peers not only because of her exceptional beauty, but also her financial and family background. She is the daughter of a Russian Billionaire, and she is also a model and Businesswoman herself. Olga and Mikel have two kids between them (a set of twins).

The Russian beauty has been subjected to numerous cyber attacks on Social media, from many Nigerian ladies who felt the Super Eagles captain should have opted for a Nigerian girl, instead of her.

This report focuses exclusively on the wives and girlfriends of current Super Eagles players and not former or retired players.