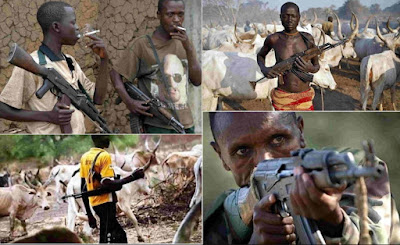 Some herdsmen who refused to live in peace with their hosts have turned communities in Ketu Local Council Development Area of Ogun state into a place where people now fear for their lives.

Due to incessant attacks by the rampaging Fulani Herdsmen, thirty primary schools and several hospitals have been closed down.

In a statement yesterday in Abeokuta, the capital, by leaders of the community, Mr Michael Abiose and Mr Williams Olayode, the Ketu Advancement Forum (KAF), speaking for indigenes, regretted that Governor Ibikunle Amosun’s administration has failed to protect them.

“For us, as Ketu people located in Ogun State by God, the present administration under Governor Amosun, as the Chief Security Officer, has failed us.

“We (bear) great frustration and agony in our hearts because neither the governor nor his officials has done anything to rescue us from the renewed siege of Fulani herdsmen, who started (attacks) on our communities in October, 2017.

“Without going into the hostilities of over 15 years, all of which the state is well aware of, we like to tell the world that most communities in Ketu Local Council Development Area (LCDA) have come under renewed siege of Fulani herdsmen in the past five months.

“Our farmers have been sent away from their farms, over 30 primary schools have been shut down, health facilities closed and economic activities paralysed.

“The climax of it started on December 10, last year, when innocent aged women were attacked and macheted in-between Moro and Eegelu villages for their refusal to submit themselves to be raped by heartless herdsmen.

“Nine days after, on December 19, last year, the marauding herdsmen were out on their evil mission again, killing Mr. Olabisi Tangu Afolabi and setting his body ablaze at Oosada village. To add sorrow to the Christmas celebrations, they struck again on December 25, last tear, and murdered Mr. Adegoke Olude at Ogunba Ayetoro.

“However, with the active collaboration of our vigilantes, three of the suspected killers, namely Mohammed Bello (40), Muhammed Momoh (30) and Yisau Umoru (18), were arrested and later paraded by Police Commissioner Ahmed Illyasu with an AK-47 rifle, pieces of 0.8mm live ammunition, 26 live cartridges and two sharp cutlasses, all recovered from them.

“The world may also wish to note that three days after a stakeholders’ meeting convened by Ketu LCDA on January 25, at the instance of the police commissioner and Ketu Advancement Forum (KAF), which was attended by herdsmen, the herdsmen broke loose again into our farms, hewing down palm and teak trees for their herds to graze on.

“Surprisingly, when the residents inspected the damage done to their farms, the herders again opened fire on them and many residents sustained gunshots wounds of varying degree. This incident was well documented at the Police Area Command Office at Ilaro.

“While the residents and the police are working together on the matter, there is nowhere that we, the people at the centre of the assault, have come in contact with what the state government is doing to protect us, no matter how little.

“And Yoruba elders, in their wisdom, say you cannot shave somebody’s head without his consent and without his knowledge.

“Presently, the atmosphere is charged as areas, like Ikotun, Ologiri, Akeru, Ilukan, Ijege and Ajibode have continued to come under the influx of herds.

“Therefore, the governor can no longer continue to turn a blind eye and deaf ears to the tense situation. We insist that there is no land for open grazing in our LCDA…”

Chika Ike Completes Harvard Business School Executive Leadership Program 8 Months After
Monday Motivation: Have You Ever Felt Like Giving Up?