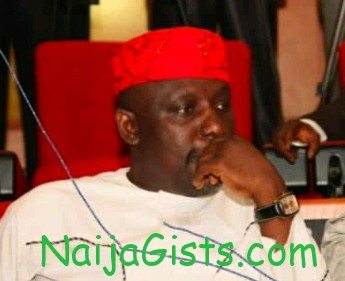 The protocol officer of the Deputy Governor of Imo State, Chief Laz Anyanwu has been killed by his kidnappers. naijagists.com

Just 4 days ago, we learnt he was kidnapped very close to Government House in Owerri, the capital city of Imo State.

Laz Anyanwu who was the former director of admin. services in Ohaji-Egbema LGA was found dead along a bush path at Nwaoriebe in Mbaitoli of the state on Monday Jan 14, 2013.

When the deceased was initially kidnapped last week’s Friday, his whereabouts wasn’t known until his lifeless body was discovered at the aforementioned bush path.

His body was taken to the government house after the sad discovery.

According to sources, late Anyanwu’s kidnappers didn’t request for any ransom.

“His death was politically motivated” said a source.