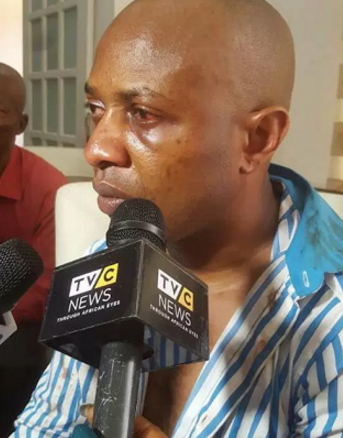 June 15, 2017 – Billionaire Kidnapper: How The Charms My Native Doctor Gave Me Failed At The Last Minute

Part of the confession Billionaire kidnapper Evans made yesterday revealed how the powerful charms behind his successful kidnapping business failed at the last minute.

He told reporters yesterday that police would not have been able to arrest him if not for the powerful charms which failed at the time of his arrest.

Evans said his native doctor, a powerful traditional ruler in Nnewi  assured him that police will not be able to catch or arrest him.

On why he was nabbed despite the assurance from his native doctor, Evans said:

“I believed him. I don’t know what went wrong.”

He has been locked up in a maximum security cell.

Saidi Balogun: My 2 Brothers Died In Politics That Is Why I’ll Never Venture Into It
Pastor Arrested For Murder After Wife Commits Suicide In Akure Ondo State