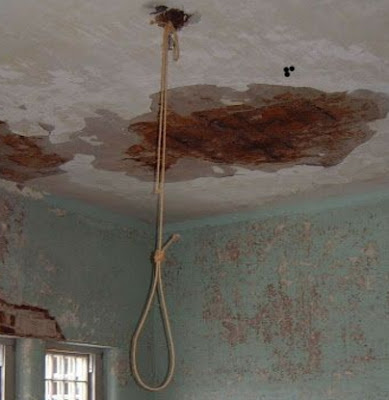 The wife of a Pentecostal Pastor in Akure lost the bearing of her faith last week Friday when she took her own life over the unfortunate case of her son who has been in prison for an extended period of time over an unspecified crime.

Pastor Mrs Opeyemi Babatola told her husband she was going to the mountain to pray for the release of her son before she went into an uncompleted room in their home where she committed suicide by hanging herself to the ceiling.

A foul odour emanating from one of the flats in their uncompleted building forced Pastor Adeolu Babatola to go for an inspection when he saw house flies on the window.

He decided to open the door where he discovered the decomposing body of his wife dangling from the ceiling.

He raised an alarm and invited police to the scene.

Pastor Babatola told police his wife was hoping for a miracle for their son before she took her life.

He is currently in police detention as police suspected fowl play in the death of his wife.