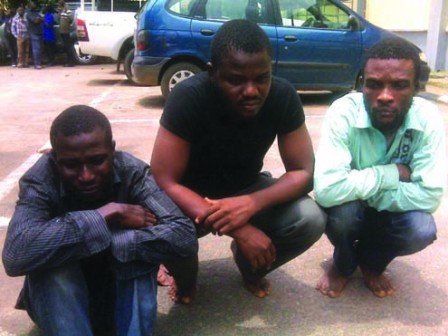 A medical doctor was shot at midnight in his Consulting room in his abdominal region by gunmen suspected to be kidnappers.

The assailant disguised as patients at the D-Line axis of Port Harcourt, the Rivers State capital, southern Nigeria.

It was learnt that the gunmen had knocked at the door of the Consulting room of the doctor disguised as patients.

Immediately the doctor opened the door they pointed gun at him apparently to kidnap him. In an ensuing struggle the kidnappers shot him in the abdomen and bolted before police caught them.