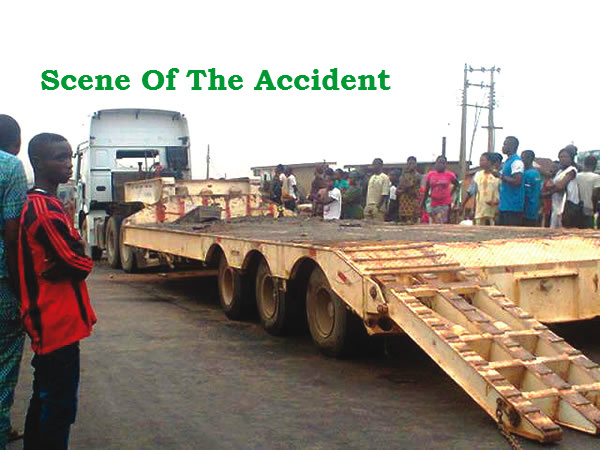 A truck driver working with a Chinese construction firm has reportedly killed a 13-yearold boy, Imisioluwa Kehinde, after he drove against traffic in Abeokuta, the Ogun State capital.

In the incident which occurred on Tuesday at Oke Ijeun Tuntun area of Abeokuta, three siblings of the victim were also injured and rushed to the hospital.

It was learnt that Imisioluwa, a Junior Secondary II student of African Church Grammar School, Abeokuta, had wanted to cross the road with his younger ones when the truck driver suddenly knocked him down. Witnesses said the truck, with registration number RAILWAY 44f-42FG, belonged to the China Civil Engineering Construction Corporation (CCECC), which is handling some of the road projects of the state government. It was learnt that the truck driver, whose name could not be ascertained at press time, drove the wrong way down one-way lane as a result of ongoing road construction in the area.

Immediately the deed was done, the truck driver was said to have fled the scene. Angry residents and other passers-by were said to have vandalised the truck and smashed its windscreen in protest against the driver’s alleged recklessness and consequent killing of the student.