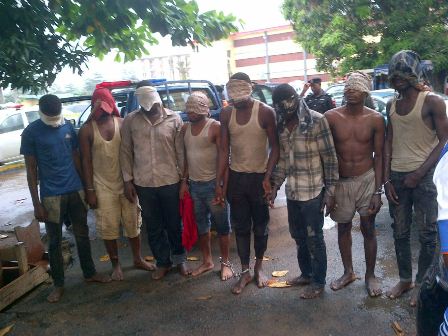 Oct 28, 2016 – Kidnappers Who Abducted An RCCG Pastor In Ikorodu Lagos Have Been Arrested

Members of a criminal gang who allegedly abducted a Pastor of a Redeemed Church in Ikorodu area Lagos on Thursday have been arrested.

The suspects who blamed poverty for the crime disclosed they got N14.8million ransom for 3 victims within 3 months.

2 AK47 rifles with 6 magazines, military uniforms and a Toyota Camry car were recovered from the suspects.