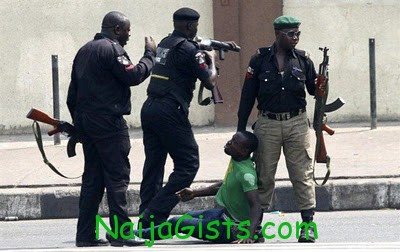 Do you remember the story of a killer DPO, Segun Fabunmi who brutally murdered an innocent man during the fuel subsidy protest, he has now regained his freedom. naijagists.com

Even though the embattled police man is supposed to be in detention, he is allowed to go see his wife at home in the evening.

Fabunmi is said to leave the station at about 8pm and returns very early the next.

‘He is confined to a desk in one of the offices at the Homicide section, where he is held’