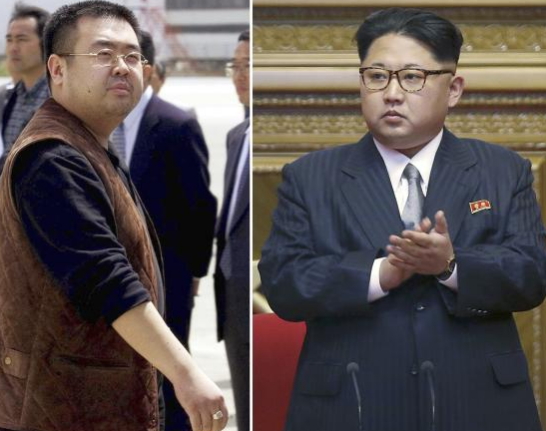 The half brother of North Korean dictator, Kim Jong-un was murdered by two women in Malaysia on Monday.

The assassins suspected to have been sent by the brother of the deceased reportedly poisoned him using a fountain pen at Malaysia’s Kuala Lumpur airport.

The deceased who has been in exile in Macau since he escaped an assassination attempt on his life in 2012 was said to have set himself up for death due to careless use of the social media.

One of his killers reportedly said she was told to play a prank on him and that she didn’t know the spray from the fountain pen she was given will kill him.

The second woman who used an handkerchief to cover Kim Jong Nam’s face and 4 other suspects are still at large.

South Korean intelligence reported that late Kim Jong-nam wrote a letter to his brother Kim Jong-un begging for his life but it appears Jong-nam was never forgiven for criticizing his half-brother.