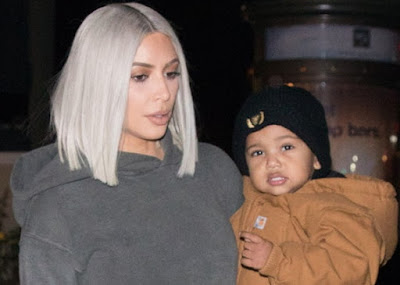 Kanye and Kim’s only son, 2-year-old Saint West has been discharged from the hospital days after he was hospitalised with life threatening severe Pneumonia disease.

West Junior who was admitted to a hospital in Los Angeles on Thursday was discharged on Saturday.

His mother took to the social media today to update fans on his condition. 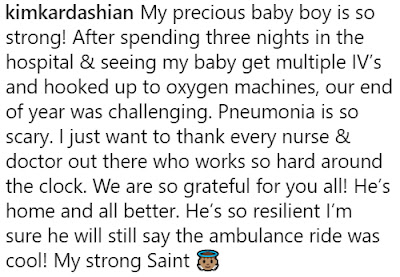 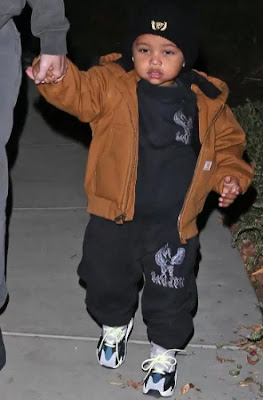 From her social media update, Saint West is recovering well at home.