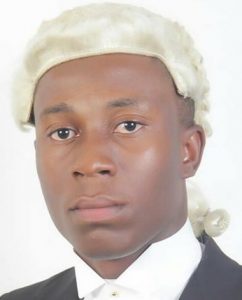 If you reside at Ajegunle in Lagos State or any apartment which Nigerians popularly call “face me I face you” or “face me I slap you”, you must have witnessed one or two occasions where men of the Nigerian Police were “employed” to arrest a citizen because he owes some amount of money. This is also the case amongst some wealthy Nigerians.

Briefly, debt can be defined as a sum of money that is owed or due. In law, debts fall under civil contracts.

Will I be right to say the Police are not right in any way to arrest or interfere in matters of civil contracts?

So, what then are the duties of the Nigerian Police force?

Section 4 of the Police Act, Cap. 19, Laws of the Federation of Nigeria, 2004 clearly states the general duties of the Police. I will reproduce the said section for easy reference and proper understanding.

“The Police shall be employed for the prevention and detection of crime, the apprehension of offenders, the preservation of the law and order, the protection of life and property and the due enforcement of all laws and regulations with which they are directly charged and shall perform such military duties within or without Nigeria as may be required by them by, or under the authority of, this or any other Act.”

From the foregoing, it is clear that the duties of the Police is strictly meant for the prevention and detection of crime, to preserve the laws of our land and others stated above.

What has been the attitude of the court to this issue?

Ita George Mbaba of the Court of Appeal, Ilorin division in the case of Ibiyeye & Anor. V. Gold & Ors, Appeal No: CA/IL/M.95/2010 had cause to say: “I have to add that the resort to the Police by parties for the recovery of debts outstanding under contractual relationship has been repeatedly depreciated by the Court.

“The Police have also been condemned and rebuked several times for abandoning its primary duties of crime detection, prevention and control to dabbling in enforcement or settlement of debts and contracts between quarrelling parties and for using its coercive powers to breach citizens rights and/or promote illegalities and oppression.

“Unfortunately, despite all the decided cases on this issue, the problem persists and the unholy alliance between aggrieved contractors/creditors with Police remains at the root of many fundamental rights breaches in our courts”.

What can one do when the Police arrest for debts?

As soon as the Police arrest you, the first step to take is to contact a lawyer. Never be intimidated or coerced to make a statement.

Secondly, the lawyer will file an application for the enforcement of fundamental rights of the person arrested. (That is a way to make money out of the Police).

“As the laws of this country stand, the Police have no power to detain a person for breach of contractual obligations. Any such detention is a violation of the persons right to freedom of movement,” according to McLaren V. Jennings (2003) FWLR (Pt. 154) 528

What happens to the person who employed the Police to interfere in a civil matter?

My Lord, Ita George Mbaba of the Court of Appeal, Owerri Division in Anogwie & Ors V. Odom & Ors (2016) LPELR-40214 (CA) had the following to say: “The position is and has always been that the private individual who uses the Police to settle a private score, would himself be liable for the wrongful act of the Police.”

What then is the right thing to do when you are being owed?

There are basically two legal ways to get your money paid as the creditor.

First, employ the Alternative Dispute Resolution mechanism (ADR). By this method, both parties will be called to settle and draw out a visible plan on how the debtor will redeem the debt owed.

Secondly, if ADR doesn’t work out, you should employ the services of a legal practitioner to institute an action in court against the debtor.

Don’t be deceived. The Police are fully aware that they don’t have the power or duty to arrest a citizen or even an alien that is indebted to a Nigerian.

Hence, no Police has right or duty to arrest you because you are owing some amount of money.

However, this should not be seen as a shield against creditors.

[About the author: Barrister Boluwatife Sanya is an Ibadan based lawyer.]

Nigerian Man, Tboss Tokunbo Idowu’s Father Remarries, Curses All His Children For Abandoning Him
Nigeria Is Sleep Walking Into A Dungeon…A Wake Up Call From Our Self-Induced Coma