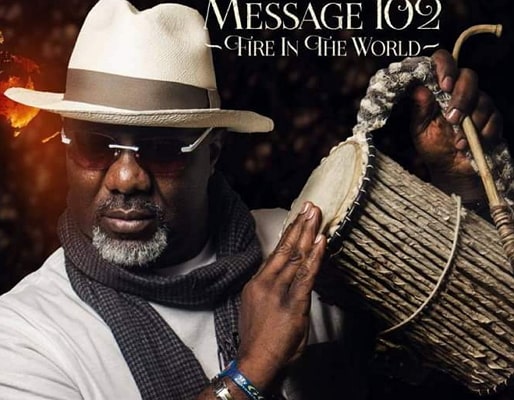 Foremost entertainment company, ACI Entertainment, has signed popular US-based Nigerian singer, instrumentalist and composer, Kofo The Wonderman as he relocates to Nigeria to bring his music back home.

Kofo who is also a lecturer at the World Rhythm Center New York where he teaches Talking drum and African dance has a wide recognition as the ‘best Mainstream Talking Drummer in the world.’ And after 20 years of playing music globally with his all-white ‘Daylight Stars’ band members, Kofo believes his return to Nigeria is timely and will help to mentor the younger generation.

“In the last 20 years of my career, I have travelled around the world and played alongside international musicians of repute,” Kofo said.

“I believe my people in Nigeria and Africa also have right to enjoy my music. More importantly, I want to pass knowledge to the younger ones which I think it is still the right to do.”

Speaking on the structures of the music industry in Nigeria compared to that of America, he said he has found a strong team to work with in Nigeria and that is the reason he finally made up his mind to come back home.

“I have been trying to come back home for a while now but the situations of things in Nigeria prevented me from doing that. The kind of music I do cannot be handled by people who are not professionals and who doesn’t have the resources. I am an established musician and not a hustler. So everything must be properly done. I was lucky to meet ACI Entertainment in America and we are both interested in working together. ACI Entertainment has the experience and wherewithal to handle my music professionally as expected.”

Speaking on the talents of Kofo The Wonderman, ACI CEO, Mr. Wole Adeniyi, said many Nigerians who are yet to listen to Kofo’s kind of music will simply be blown away.

“Kofo The Wonderman is on another level musically and I can say that he is specially gifted,” said Adeniyi.

“Whenever he is on stage, he is a different person. Over there in America, white folks are always amazed by his talents and his dexterity on the talking drum. Despite the fact that they don’t even understand what he is saying or singing about, they can’t resist the rhythm and melody of his music.”

Kofo’s music is a rich blend of Yoruba folklore, funk, jazz, blues and high-life. Perhaps his most distinguishing act is on his talking drum.

An accomplished percussionist, Kofo can play entire scales on his talking drum. He has performed at various shows including David Letterman’s ‘The Late Night Show’, Lincoln Center’s Summer Festival, The World Trade Center’s Summer Stage, Nuits D’Afriqu (African Nights), Festival Afro-Carib and ACI Africa Music Festival. He has also toured the USA, Australia, Canada, Mexico and Africa with the Prisoners of Conscience and his own band, the Daylight Stars.