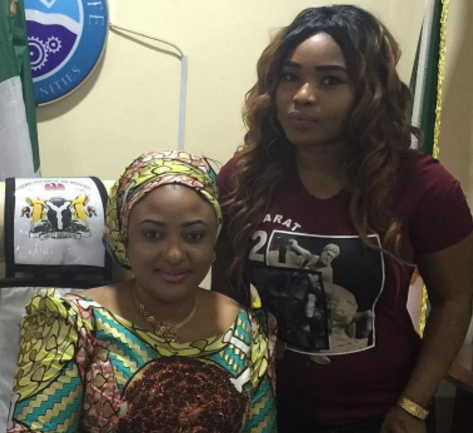 Sources in the know in Kogi state has revealed the name of the VIP Politician’s wife taking care of Nollywood actress Halima Abubakar’s hospital bill.

The actress currently undergoing what sources called radiation treatment is reportedly spending N800,000 daily on hospital bill courtesy of Hajia Rashida Bello, a woman with a heart of gold, who will spend his last kobo on anyone who identified themselves as Muslim because of her devotion to Islam.

An insider told Global Excellence that Mrs Bello is the one funding Halima’s treatment since Tonto Dikeh broke her story on Instagram about two weeks ago.

The source added that Rashida fell in love with Halima when she openly professed herself to be a Muslim.