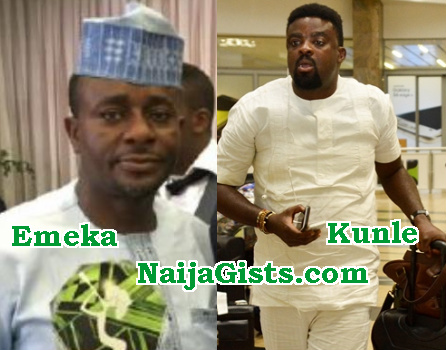 We all know that Nollywood actor Kunle Afolayan has been making high quality movies since 2014 when he allegedly got his own share of GEJ Project ACT Nollywood while other actors are still lamenting in silence for not receiving their own share of the Nollywood Fund.

To cut the long story short, new AGN President Emeka Ike has come after Kunle Afolayan for refusing to tell fans about the N200million he got from GEJ government.

“Don’t tell me Kunle Afolayan is making a fantastic movie. You gave him 200 million Naira for crying out loud. The entire industry has not even used 200 million before now to make movies for God’s sake now. So if you give a dunce that money, he can get the best producer. So it’s not a fantastic thing, you are not making me feel oppressed.”

Kunle has since fired back at Emeka Ike, calling him irrelevant.

“I don’t respond to such, he (Emeka Ike) is irrelevant.” – Mr Afolayan tells TVC

So Mr Afolayan got this much from GEJ government… No wonder he has never openly criticized GEJ even in the face of massive money laundering rocking his administration.