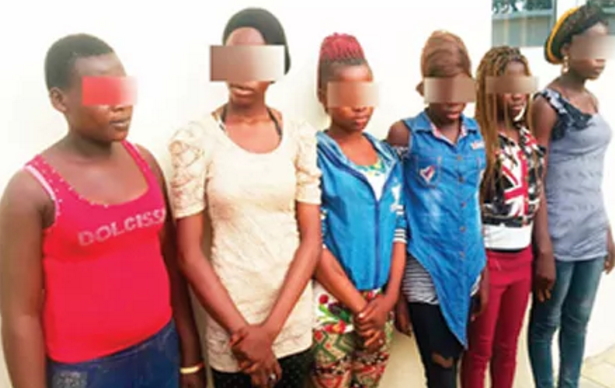 The victim were locked up in a room by their madam, Mrs Daniel who gave one Collins Maduekwe the key to ensure that the girls had sex with every man willing to pay for their services.

The girls were rescued after a neighbour reported the matter to the police.

The neighbour alleged that some ladies had been locked inside the room for days.” When the door was bust open, six ladies, identified as Blessing John, Chidinma Amakwe, Nancy Azubuike, Chiamaka Eze, Beauty Ndulue and Amarachi Chinedu were rescued.

The innocent girls and Ifeoma Daniel’s accomplice, Collins Maduekwe have been handed over to NAPTIP (National Agency for the Prohibition of Traffic in Persons) for investigation.