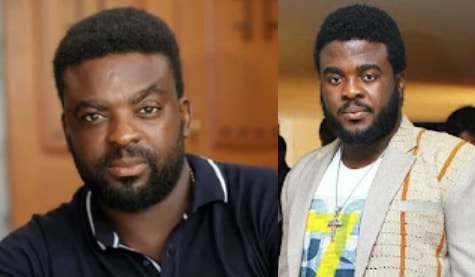 Nollywood filmmaker Kunle Afolayan has issued a disclaimer after a video of his brother’s abuse on the leaders of Nigeria went viral.

Aremu Afolayan described immigration officers as useless bastard for asking him to pay a bribe before his family could come into the airport.

He also complained about being told that his sister’s French passport given to her by the French embassy was fake.

He went on to slam President Buhari and Ambode for “causing citizens to suffer.”

However, his brother, filmmaker Kunle responded by making it clear that he wasn’t the one in the video. They have a striking resemblance.

“Good morning all, I have been receiving a lot of calls and comments from people who are mistaken me for Aremu Afolayan in regards to a video.I would like to officially state that this is not Kunle Afolayan, he is my brother not me. There is frustration in the land but hey! Thank you. Ire.”

Kunle was later called out by followers for not showing his brother solidarity; so, he quickly edited the post.

“For clarity purpose, I think it is imperative I clear the air. Aremu Afolayan is the one in this video and not Kunle Afolayan. People have been responding to the video and tagging my handles as I have also received some calls. Oloun a so’lu dero. Ire.

A couple of hours later, the actor wrote:

“I am very aware that most of the negative comments are from two types of people, The ignorants and those trying to use this to score political point. “You are not entitled to your opinion. You are entitled to your informed opinion. No one is entitled to be ignorant.” You know yourself so deal with it.”