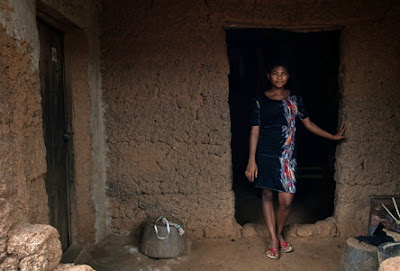 Nov 19, 2017 – Lady Who Abandoned Dead Grandmother’s Corpse In Calalbar Over Inability To Find Money To Keep Her In Mortuary Arrested

Panic engulfed Adak Uko street in Calabar when the the decomposing body of an elder woman was found locked in her home.

A resident of the compound said they started perceiving a strong smell in the past couple of days.

He said after they checked the ceilings and found nothing they called the police who came and checked the room and found the rotting body of the old woman.

He said neighbours had suspected the deceased’s granddaughter, a teacher, who was living with her of killing the woman and keeping her body in the room.

“People suspect that it is the girl that killed the woman because she comes back every from work and still stays in the same room with the dead woman. The police have come and arrested her and even arrested other people in the compound,” he said.

She said the dead woman was kept in the house because she had died and there was no money for her to be kept in the mortuary as her granddaughter was sourcing for money to bury her.