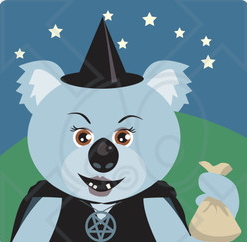 A poor Koala that wandered into the city of Benin on Thursday got electrocuted by high tension wires when the animal climbed an electric pole.

However, local residents of the area especially a self employed graduate of Light House Polytechnic, Sandra Carlson claimed that the animal that got electrocuted is a witch which turned into Koala. 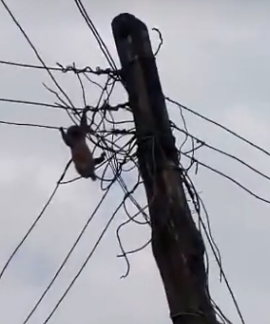 In the video below, Sandra was heard claiming that the Holy Ghost had arrested the witch.

How can a witch turn into Koala after electrocution?…
Animal right activists won’t find this funny at all.
Continue Reading
You may also like...
Related Topics:benin, edo, koala, turn, witch