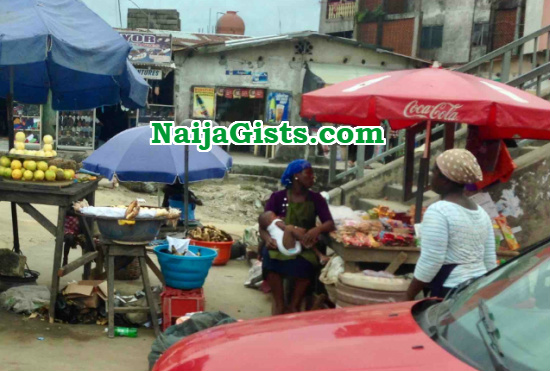 Feb 6, 2017 – Lady Who Kidnapped Baby From Mother In Badagry Lagos Arrested Inside Bus Heading To Ibadan

A young girl identified as T-girl who kidnapped a 2-month old baby boy from his mother at a market in the Badagry Roundabout area of Lagos State has been arrested.

Last week Thursday, T-girl who was well known in the area before she travelled approached a trader, Alimat Adebowale, while she was breastfeeding her baby, Kudus Adebowale.

She took the child under the guise of playing with him, strapped him to her back and when the mother wasn’t watching, she escaped with the baby around 10am .

Here is what a trader named Kemi Agboola said about the abduction of the baby and the arrest of the suspect.