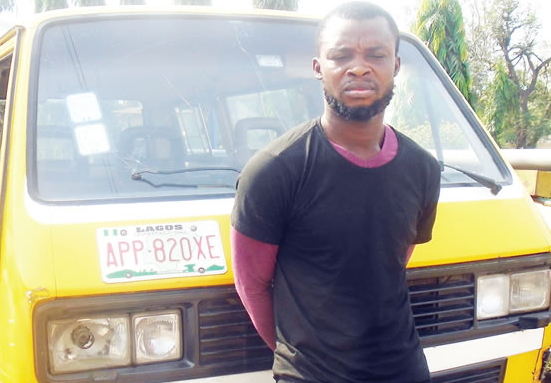 A young man has been arrested for allegedly dispossessing some residents of Lagos of their valuables during one-chance robbery attacks.

The suspect Ajibola Alao however told police he became a robber to secure a future for his siblings so they don’t end up becoming a robber like him.

Alao was nabbed last week Thursday by RRS operatives after snatching phones and money belonging to one Asotie Benedict in Oshodi area of Lagos.

Police revealed that the suspect pushed Asotie out of a moving bus after snatching his wallet and phone.

This is what an official of Lagos Rapid Response Squad said:

Continue Reading
You may also like...
Related Topics:confession, lagos, one chance, oshodi, robber

Lady Who Kidnapped Baby From Mother In Badagry Lagos Arrested Inside Ibadan Bus
Sibling Rivalry: What To Do When Your Siblings Don’t Like You