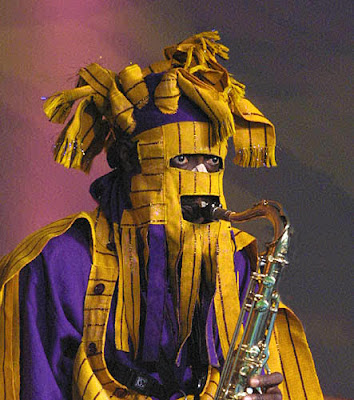 Lagbaja has been appointed as a new Glo Ambassador.

Though he is yet to release an official statement about his new mouthwatering deal but sources say the singer signed the deal at Glo headquarter in Lagos recently.

His new deal reflects in the message of his recent song with P-Square.

Globacom is wise to always align with popular names in music and movie industry as part of its strong push in Nigeria. It has already works with a number of such entities across board through special partnerships, sponsorships, and ambassadorships, and these have brought a lot of attention to the brand.

Other Nigerian celebrities who have hit the deal include Funke Akindele, P-Square, Odunlade Adekola, Kunle Afolayan just to mention a few.