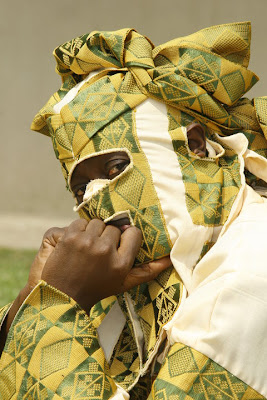 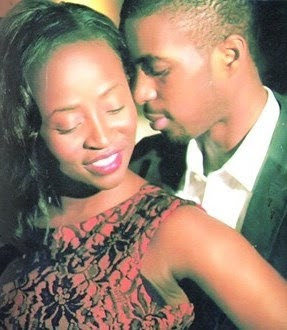 Few weeks ago, Moyosade Ologunde, the first daughter of Mr Bisade Ologunde aka Lagbaja, the masked highlife musician got married in Opebi, Lagos.

Moyosade is also a graduate of Pennysylvania State University where she bagged an MBA.

We learnt the masked singer was forced to show his face in order to honour his daughter on her special day.

Guests and in-laws were banned from taking photos of unmasked Lagbaja and the bride in order to avoid media exposure.

We learnt Lagbaja sternly warned his in-laws from taking pictures with the exception of the official photographer who is his close friend.

Consequently, getting access to the venue could be likened to a camel  passing through the needle. Stern-looking security mounted the gate of  Motherland Africa, while guests were subjected to serious screening.  So, God help you if you were not invited.

It was, however, obvious that some of the groom’s family members were  displeased with the arrangement. It was so bad that many, who were  bounced, had to make frantic calls to their relatives who were already  seated in the compound before they were allowed in.

According to guests, Bisade Ologunde is a very talk and handsome man. His dark complexion stands him out among the Ologundes.

He sat quietly among his family members dressed in green buba and sokoto with a matching red traditional cap.

Beside Lagbaja was his beautiful wife who dressed in yellow Iro and Buba and a brown headgear.

Lagbaja’s 1st daughter Moyo who met her fiance in the US decided to travel down to Nigeria in order to seal her love.

Na wa o… So when is Lagbaja going to show the world his real face?