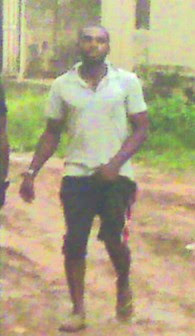 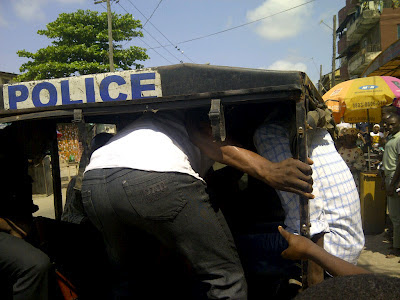 A civil engineering graduate from Delta State University, Abraka in Delta State, southsouth Nigeria, who lost his job and was newly employed as a security guard in a private school at Ijegun area of Lagos State, southwest Nigeria, has been remanded in prison custody for allegedly raping a student of the school inside the school premises.

It was alleged that the 30-year old security guard, Emeka  Nwabunwane, lured the 18-year old student (name withheld)  to a classroom in the school and raped her when she went to the school to attend a tutorial class in preparation for her Joint Admissions And Matriculation Board, JAMB, examination.

The girl told P.M.NEWS how she was raped by the Delta-State born suspect; an incident which she claimed has affected her physical and mental wellbeing.

She said when she entered the school premises on the day of the incident, Nwabunwane called her and she went to meet him in the classroom because she knew him as one of the security guards in the school and thought he wanted to discuss an issue with her.

She alleged that immediately she entered the classroom, he locked the door and pulled off his trousers and started to beat her into submission.

She said when she tried to resist him, he tore her pants, threw her on the floor and started to rape her.

She said in the process, the suspect tore her private part and she started bleeding profusely.

The victim said she raised an alarm inside the classroom, but nobody came to rescue her.

The girl said it was after he had raped her and she ran outside naked and started scraeming for help that the residents of the area came to her rescue.

The girl said by then she was bleeding profusely and when some of the residents saw the blood, they immediately caught Nwabunwane and handed him over to the police at Isheri Oshun Division.

The victim said she was still in shock and always gets frightened whenever she remembers how she was raped by the suspect.

She said since the incident happened, she has been having severe pains in her private part and going to hospital for treatment.

Nwabnwane admitted that he took the girl to the classroom and attempted to have sex with her but stopped when he discovered that she was menstruating.

The suspect claimed that it was when he left the girl that she ran out and started shouting for help and claiming that he raped her.

The security guard who was reportedly working in a private company before he was sacked and got the security job at the school, explained that when the incident happened, he made several attempts to settle the matter with the family of the victim.

The suspect said before they could finalise the settlement, he was brought to court.

He said he has learnt his lesson and was praying that the matter will be settled amicably.

When the suspect was arraigned in court, he pleaded not guilty.

The prosecutor, Mr Adeleye Adeleke, objected to his bail on the ground that the offence he committed was a serious offence that attracts life imprisonment.

He therefore argued that the suspect may likely jump bail to escape justice.

However, the presiding Magistrate, Mr. P. E. Nwaka granted the suspect bail in the sum of N150,000 with three sureties in like sum.

The court also ordered that the sureties must have evidence of  tax payment for three years.

The matter was adjourned till 21 October while the suspect was remanded in prison custody pending when he will fulfill his bail conditions.

Chai! his own don finish.