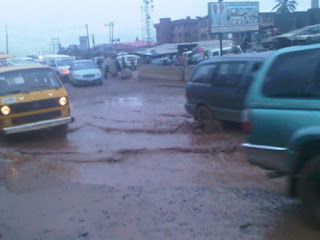 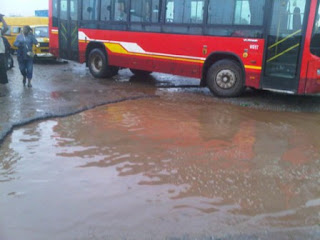 The refusal of both the Federal Government to build pedestrian bridges along the long stretch of the Lagos-Abeokuta Expressway is currently giving millions of residents of the various communities along the axis cause for concern with many accusing the government of imposing a death sentence on them. 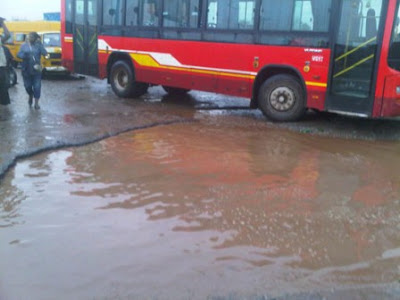 This is, however, just one of the challenges facing the area. The long stretch of road which links Lagos with Abeokuta, the Ogun State capital, could best be described as hell for motorists and commuters. Each morning, according to residents, the thought of using the ever busy road to and from their various places of activities could be likened to facing an enemy in a battle without any means of defence. But they have no choice.

“It is either we go out or we stay back home and bear the consequences of refusing to go out simply because we don’t want to make use of the road,” Sheyi Mahmud, told P.M.NEWS Metro.

For those who complained about the absence of pedestrian bridges on the expressway, they claimed that they are daily faced with the reality of death as they go about their daily activities, stressing that many times, residents attempting to cross the road have been killed by speeding vehicles. 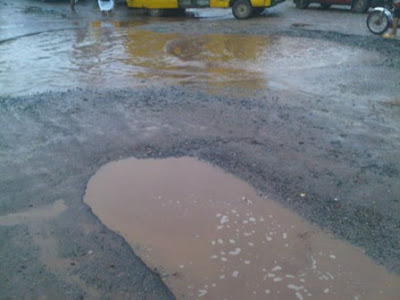 They also described as a cheap political statement a recent report credited to the Federal Government that it had liaised with the Lagos State Government for the construction of four pedestrian bridges across the highway saying they had become tired of such promises.

“This is not the first time we would hear things like that. If they want us to be excited, they must be joking,” Alli Bamgbose, a resident of Alakuko area of the State said.

According to him, in September 2011, the Lagos State government had promised to construct six pedestrian bridges across the Lagos-Abeokuta Expressway in conjunction with the Federal Government. The government said the bridges would help save the lives of residents as the death rate from accidents on the expressway had become alarming.

“How many of the bridges have you seen now almost two years after the promise was made?” he asked.

He recalled an incident that occurred last year when a middle-aged man was crushed by a truck as he attempted to cross the expressway at the Alakuko axis. Bamgbose said the victim’s flesh was scattered everywhere around the scene. “And this is just one of such incidents we have witnessed here,” he said. 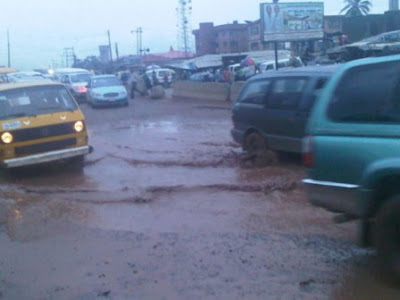 Mrs. Tosin Ade who lives around the Ahmadiyya axis of the highway, said two years ago, she spent four months at the National Orthopaedic Hospital, Igbogbi, after she broke her leg when a commercial bus driver hit her. She said she was returning from Toll Gate where she had gone to collect some money.

“While I was trying to cross, I flagged down a car andit stopped but the danfo driver that was coming beside the car did not stop. I woke up in the hospital with a broken leg,” she explained.

Kingsley Onileke who is resident of Alagbado, said at a time, the Community Development Association in the area thought about building a pedestrian bridge, but he noted, resignedly, the association could not raise the funds.

Mrs. Roselyn Nnadozie, who lives with her family in the Kola area of the state, explained that it is always part of her family’s prayers not to meet with an accident on the road while crossing.

The only pedestrian bridge across the entire length of the road stretching from Ikeja to Toll Gate and by extension, to Abeokuta, is located in Ikeja. Areas like Cement Bus Stop, Iyana-Dopemu, Iyana-Ipaja, Ile-Epo Bus Stop, Oja-Oba/Abule-Egba, Meiran, Kola Bus Stop, Ahmadiyyah, Ijaiye, Alakuko and Ajegunle Bus Stop are in serious need of pedestrian bridges due to the number of people living and working in the area, or who use the highway.

“The situation of  things is seriously affecting us,” Victor Usman, a commercial bus driver told P.M.NEWS Metro. “Apart from the state of the road, we are faced with people trying to cross and we must be careful.”

He said that this constantly adds to the traffic gridlock which is experienced on every part of the road.

Talking about the road, to the motorists, is like talking about the impossible. Many of them said they have complained endlessly. “The Federal Ministry of Works cannot say it does not know about this road, but the lamentable thing is that the government must wait for a serious tragedy to happen like the case of the Dana aircraft crash before it would rush down to fix this road. What a shame!” Adeyanju Ikudoro, a businessman lamented.

Many times, the lawmaker representing Ifako-Ijaiye Constituency 2 at the state House of Assembly, Ipoola Omisore, had brought the plight of the people before the House. The House had also constantly called on the state and federal governments to consider the construction of such pedestrian bridges, all to no avail.

A Lagos lawmaker, Muyiwa Jimoh, said the state of the road should be of more concern to the government. That road, he said, needs expansion and fixing.

While some portions of the road have completely collapsed, other portions are riddled with deep craters posing serious danger to owners of vehicles who now take the risk of meandering through the bad parts.

Though officials of the Federal Road Maintenance Agency, FERMA, were seen recently filling some of the bad parts of the road with asphalt, drivers using the road said the measure was only temporary as it would be washed away soon.

FERMA’s intervention has not even helped matters. The portion between Idimu and Iyana-Ipaja has many craters with the road becoming narrower as one gets close to Iyana-Ipaja as a result of wear and tear. This, coupled with residents trying to cross the road, causes heavy traffic congestion around that corridor. From Iyana-Ipaja to Ile-Epo, the road is considerably better, but always heavily flooded when it rains.

But between Ile-Epo and Abule-Egba, the road has completely failed. Many road users either decide to spend hours on the failed portion or make use of link roads that are themselves almost worse than the expressway.

Other failed portions of the road include Abule-Tailor, a portion before Kola Bus Stop, Toll Gate, Dalemo and several others between Sango and Ifo in Ogun State. In fact, a portion just before Ifo has become impassable.

Jimoh would not understand why the people would continue to beg the government for amenities the latter should put in place without being cajoled.

Jimoh said he does not think that the Federal Government would build pedestrian bridges or expand the road since it is only concerned with petty politicking. “There’s too much traffic on that road and this should pre-occupy our mind. It is the duty of the Federal Government to build and fix Trunk A roads,” he said.

He said the Lagos State Ministry of Works is conscious of the need for pedestrian bridges in the area but that the construction is hampered by the state’s concentration on other projects. “Once the money is available, the State Government would embark on it, but for the Federal Government, I don’t see any headway because it has pre-occupied itself with petty things like causing confusion in the Nigerian Governors Forum instead of focusing on developing the country.