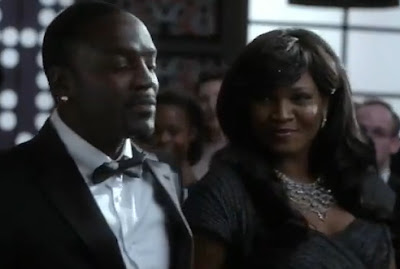 Omotola Jalade has made her first Hollywood movie appearance as the wife of Senegalese-American singer Akon on Monday June 24, 2013 episode of American TV series Hit The Floor.

Hit The Floor TV series was aired on VH1 where Omotola Jalade played the role of Omatelo, Akon’s wife.

Akon and his movie wife, Omatelo attended a fund raising party on the show.

Though it’s a quick waka-pass role, the Nigerian actress did well with her signature smile.

A big congrats to the one and only Omosexy

See more photos of movie couple Omotola and Akon below 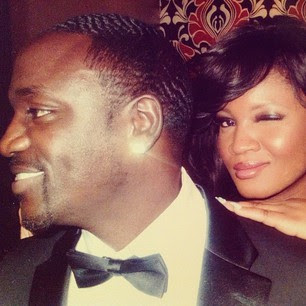 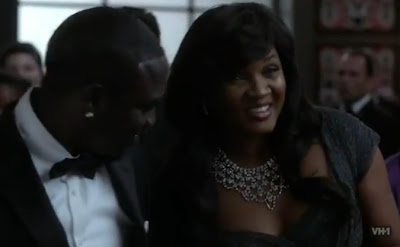 What is Akon looking at?…..