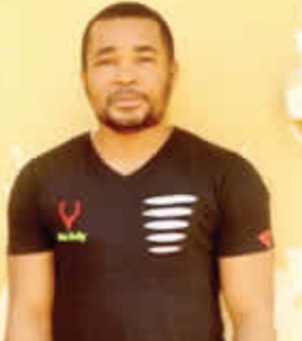 Imo Police Commissioner, Dasuki Galandanchi, told reporters in Owerri that the suspect had engaged a kidnap kingpin to abduct Kelechi.

The police boss said luck ran out on the suspect, when policemen, through diligent investigation, arrested him.

“Chima Ononiwu is a 32-year-old man from Umuola Umunakanu-Ama in the Ehime Mbano Local Government Area of Imo State, but he resides in Lagos State.

“He contracted a house builder for his uncle, Dr. Lazz Ononiwu, to get a kidnap gang to abduct and murder his wife, Kelechi Lazz.

“He immediately left for Lagos State, where he is residing and was coordinating the illicit job from there. On June 23, after a series of discussions by the suspect with the supposed kidnap kingpin, he was lured to come down to Owerri for final arrangement and oath taking.

“The suspect came and met with the supposed kidnap kingpin in a hotel room in Owerri. He used his hair for pledging and reduced the oath into writing with a red pen, stating that the woman should be kidnapped and murdered after collecting N5m as ransom.”

Galandanchi said the suspect agreed with the kidnap kingpin that out of the N5m that would be collected as ransom, he would be given N2m.

The commissioner of police said the suspect told the gang to do away with the vehicle belonging to his uncle’s wife.