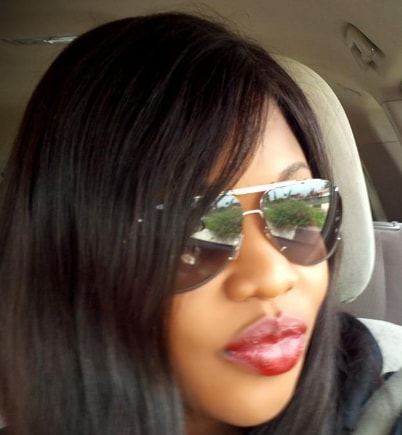 A top socialite in Lagos , Amede Anozie , a Manager with Mademoiselle Nigeria fashion and lifestyle store at Admiralty Way, Lekki Phase I, Lagos, has been arraigned before a Lagos Magistrate Court for allegedly obtaining the sum of N2.5million from one Godday Nlemoha under false pretence.

The 34-year-old accused was arrested by the Police at the Maroko Police Division, Lekki and after investigation by Sgt. Ologe Odunayo and her team, the accused was charged before the Igbosere Magistrates’ Court on a three count charge of felony to Wit. fraudulently obtained money under false pretence, stealing and conduct likely to cause breach of peace.

Police Counsel Abass Abayomi informed the Court in Charge No C/42/2018 that the accused committed the alleged offence in January 2018 at 20, Admiralty Way, Lekki Phase I, Lagos.

Abayomi told the Court that Nlemoha, the complainant, reported to the Police that the accused collected the sum of N2.5million from him with promise to sell her salon equipments and space to him.

He said that the complainant further stated that he decided to report the matter to the Police, when all efforts to recover the money from Amede proved futile leading to her arrest.

The accused, however, pleaded not guilty to the alleged crime and Chief Magistrate, A.A Adefulire granted him bail in the sum of N100,000 with two sureties in like sum who must show proof of two years tax payment to the Lagos State Government.

Adefulire also directed that the sureties must produce one year bank statement of account and then adjourned the case till 18 July, 2018 for mention.

He ordered that the accused be kept at the Kirikiri Prisons, pending when she fulfilled the bail conditions.

My Son’s Killer Must Marry A Wife For My Dead Son & Take Over His Responsibility – Grieving Mother
Tonto Dikeh Needs Drug Rehab & Deliverance, She Sold The N32M Prado Jeep Ex-Husband Bought For Her -Ex In Law Exposes Actress