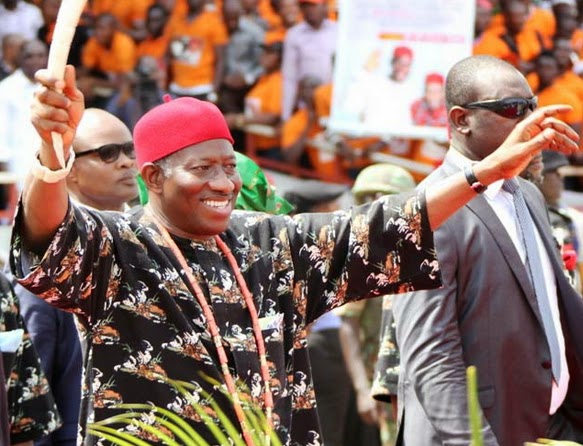 Leaders of Ndigbo resident in Lagos State, southwest Nigeria, have confirmed that they were given money by President Goodluck Jonathan during his recent visit to the state to solicit for their support and votes.

He said that the president solicited for their support and asked the leaders to mobilise Igbos in the state to vote for him.

He explained that the money received was the campaign fund to mobilise the Igbos in the state to vote for the president who is seeking re-election.

Akabueze also stated that the president donated a luxury bus for his campaign and that the bus must be fuelled and a driver must be employed to drive the bus around the state during the campaign for Jonathan.

Though he declined to disclose the amount of money the president gave them in Lagos, sources said it runs into billions of naira.

Investigation revealed that the manner the money was shared has divided the leaders. Some of the leaders are grumbling because some got more money than the others.

Last week President Jonathan spent five days in Lagos during which he held series of meetings with various ethnic and socio-cultural groups and their leaders to seek their support for his re-election.
During his stay, he reportedly doled out billions of naira to the groups, though his media aide, Reuben Abati, denied that the president gave out money to any group.