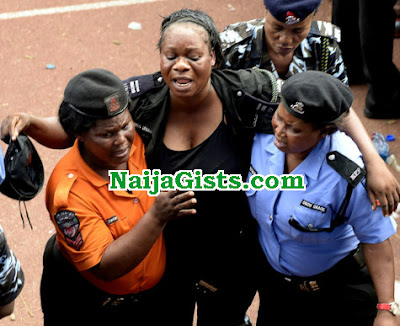 Oladele, a well known philanthropist living at Fagba area of Lagos, is being tried for breach of peace and assault.

The Prosecutor, Insp. George Nwosu told the court that the accused committed the offences on Oct. 12 at Iju in Agege, near Lagos.

He alleged that the accused and one other person now at large, unlawfully assaulted two policewomen Insp. Patricia Okhide and Sgt. Funmilayo Adeamo, fighting and beating them while they were performing their lawful duties.
Nwosu told the court that the accused allegedly obstructed the complainants from arresting one Mrs. Kemi Saka now at large.
“The complainants were controlling traffic when they arrested Saka for blocking the road with her car and prevented other road users from having right of way.
“They ordered Saka to follow them to the station but the accused who was only a passerby stopped and interrupted, telling Saka not to obey their instructions.
“In the process, Saka escaped with her car and the accused was arrested but he resisted arrest and was beating and fighting the policewomen in order to avoid arrest.”

The Magistrate, Mr. A.A. Adesanya, granted the accused bail in the sum of N50, 000 with two sureties in like sum.

Adesanya adjourned the case till Dec. 7 for mention