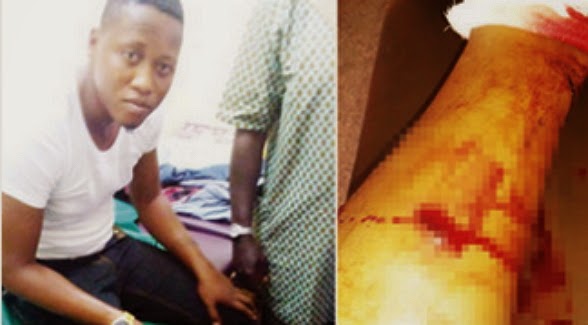 Last week an upcoming artist was on his way to meet with a friend when a police officer shot at the cab taking him to the place after the driver refused to stop at the usual bribe collection point.

28-year-old Oluwasore Oluwafemi got injured after the unidentified officer fired shots at a commercial cab in Ikorodo area of Lagos state.

Mr Kenneth Nwosu, Lagos State Police PRO said the Police inspector who fired the shot that injured Oluwafemi has been arrested and transferred to the police headquarters for investigations.

The victim said he’s going through so much pain because doctors are yet to remove the bullet from his leg.

He was told to wait until the area heals before they any surgical procedure.