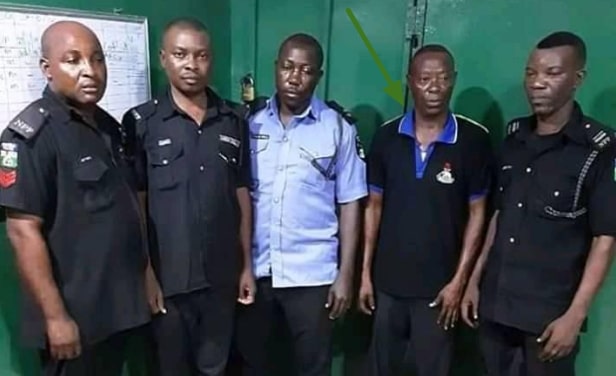 When the defendant was brought before the court, Chief Magistrate M.A. Ajiferuke, did not take his plea.

Magistrate Ajiferuke ordered that Ola be remanded at the Nigeria Correctional Services custody for 30 days, pending advice from the Lagos State Director of Public Prosecutions (DPP).

Prosecuting Insp. Raphael Donney, had earlier told the court that the defendant committed the offence on November 29 at about 8.05 pm at the Club located on Balogun Street, Oshodi.

He alleged that the dismissed police inspector shot Mohammed with a gun on the head, causing him instant death.

Magistrate Ajiferuke has adjourned the case until January 27, 2020.

It would be recalled that the dismissed police inspector was among a team of policemen who were dispatched to the club in response to a complaint made by one Omowunmi Makinde, who said that she was being assaulted in the Club.

Lagos State Commissioner of Police (CP) Hakeem Odumosu had ordered the arrest and detention of officers involved in the shooting incident.

He said they trying to effect an arrest, they were attacked by some hoodlums which necessitated their use of Firearms.

Elkana said their action fell short of the provision of Force Order 237 which defined the circumstances in which a Police Officer will be justified to use his Firearms and the use of Force.