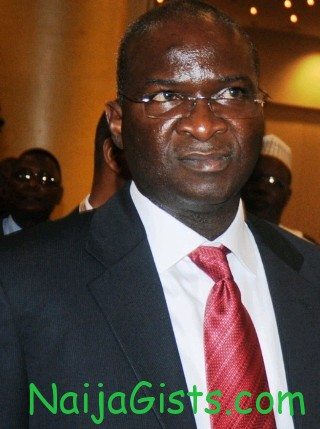 Nigeria’s rights activist and lawyer, Bamidele Aturu, has criticised Governor Babatunde Fashola of Lagos State over his comment purportedly directed at critics of his administration while reacting to the explosions that rocked the state on Boxing Day.

Fashola had said at the scene of the explosions caused by a banger at Jankara on Lagos Island, Lagos, Southwest Nigeria that “when town planning laws were made and government insisted on its implementation, the government was often branded as anti-poor and a tough one. Those who sought cheap popularity or sought to score cheap political points were often nowhere to be found when the consequences of agitations to prevent proper enforcement of regulations, law and order, like in the current situation.

“Some of the people who canvass this position are not here now where people have died and they seek cheap popularity when government tries to set rules and regulations, government is seen as anti-poor but the poor people have died here and the people who have made those cases are not here now to come and pick the dead bodies. It is us who are picking the dead bodies.”

Reacting to Fashola’s comment in a statement, Aturu described the governor’s comment as regrettable and condemnable, saying “it shows that the advertised democratic credentials of his government and of himself are not even skin-deep.

He added that: “The touchstone for measuring democracy is not opposition to the Federal Government but a holistic and consistent defence of the truth at all times no matter who may feel aggrieved. The Governor should be reminded plainly that he cannot cow members of the civil society or social critics by the kind of unnecessary comment he made at the scene of the tragic incident.

“If the military could not, he should know that he cannot. Those like him who are beneficiaries of the actions of social critics, which were also ironically described by the military despots as cheap-popularity-seeking gambits, who were jailed for this ‘democracy’ ought to know that criticism is essential to liberal democracy. We did not fight for democracy to have governors whose actions, even when well-meaning, cannot be challenged.”

Aturu said the advisers of the governor have their jobs cut out for them, saying they need to remind him that his comments should be seen to be temperate as he appeared “to me to be getting increasingly authoritarian and hostile to well- meaning criticisms. He is behaving too much like a military administrator, not even governor, for my liking. Let him listen to the critics as they are his best friends.”

He described the explosions at Jankara Market as regrettable, saying most Nigerians were quite sad that this sort of tragedy happened at a time when the people were supposed to be celebrating Christmas. He also commiserated with those who lost lives and properties in the fire.[PM NEWS]