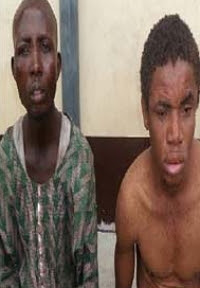 Two suspected kidnappers were on Sunday arrested by the officials of the Lagos Neighbourhood Safety Corps (LNSC) while attempting to abduct a 2-year-old boy.

The suspects, Bassey and Lado Muritala allegedly lured their victim, Tijani Darasim with a 50 Naira note at 90 Oyewole Road in Orile Agege around 9am.

One of the suspects who disguised as a mad man opened up after a thorough round of beatings.

LNSC officials were driving by when the boy’s guardian, Balogun Fathimo raised an alarm after the boy suddenly went missing.

A passer-by who saw the two suspected kidnappers prompted residents to descend on them.

They were about to be lynched when LNSC came to their rescue. 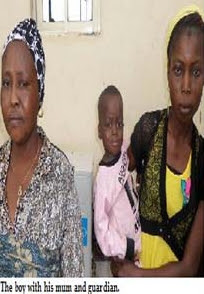 During interrogation, they told LNSC officials that they are expect in abducting minors ,adding that they sold each kids for N10,000.