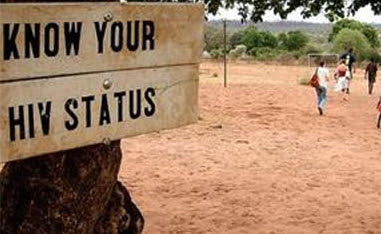 Lagos State Aids Control Agency (LSACA) yesterday revealed that no fewer than 9, 580 residents were tested positive to HIV in Lagos between January and June 2016.

This was even as experts warned that an HIV positive person can be symptoms free for 10 years and would continue to infect others if not checked and treated.

Briefing journalists at Bagauda Kaltho Press Centre being part of the activities put in place to mark the year 2016 world AIDS day on December 1, Chief Executive Officer of LSACA, Dr. Oluseyi Temowo said about 616, 318 people were counselled, tested and received results during the same period, out of which 9,579 individuals were found to be positive.

Temowo, who also said that being an HIV positive person would not translate into death with appropriate medication, warned people to be safety conscious always.

In 2016 (1st Semester January to June), 616, 318 people were counselled, tested and received results out of which 9,579 individual were found to be positive.

However, 52,803 positive individuals are currently on Anti-retrovirals (ARVs). “This year’s global theme of ‘Hands up for HIV Prevention’ is apt based on the UNAIDS prevention gap report that an estimated 1.9 million adults have become infected with HIV every year worldwide, for at least the past five years and that the number of new HIV infections is rising in some region.”

The Best Sleeping Position During Pregnancy Is Left, Scientists Warn Against Sleeping On The Back
Lack Of Sleep Causes Type 2 Diabetes & Obesity Because It Alters Gut Bacteria Balance