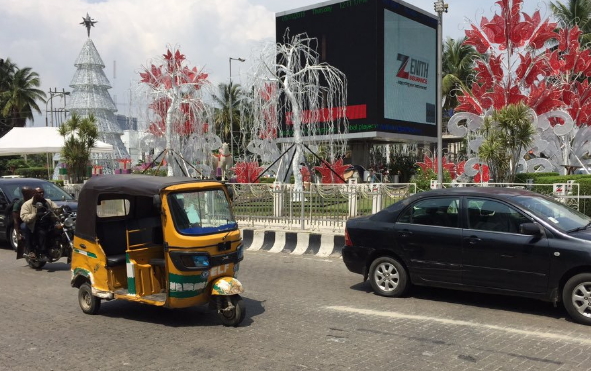 A 38-year-old trader Bobby Uba was on Monday charged before an Igbowere Magistrate’s Court for allegedly using charm to hypnotise a 20-year-old student before withdrawing N57,000 from his bank account.

Uba, a resident of Maruwa Ghetto in Oniru Estate, Victoria Island, was docked before Magistrate Martins Owumi on a four-count charge of conspiracy, stealing, obtaining by false pretence, assault and breach of peace.

Prosecuting Sergeant Femi Adeleye said the defendant and others at large, committed the offence at about 7am on May 11, at Eko Hotel Roundabout, Victoria Island, Lagos.

Adeleye said Uba saw a student, Rashidi Abdullahi, along the road and beckoned on him. When Abdullahi was within reach, the defendant allegedly hit him on the chest, causing him to lose his senses.

Abdullah, on the defendant’s request, allegedly handed over his Automated Teller Machine (ATM) card, pin number and his Itel 503 phone valued at N18,000. Abdullah also led the defendant to a Sterling Bank ATM portal, where the defendant withdrew N57,000, from his account.

“The complainant regained consciousness after Uba left and made a report at the Victoria Island Police Station,” the prosecutor said.

Adeleye said on May 19 the defendant tried to defraud a woman in the area, using the same trick, but he was seen and recognised by Abdullahi who raised the alarm and passersby apprehended him.

The defendant pleaded not guilty. Magistrate Owumi granted him N100,000 bail with two sureties in the like sum and adjourned till June 15.

Tuesday Inspiration: Finding Peace In The Midst Of Chaos
Father & Son Charged With Incest For Sleeping With Daughter At Ajangbadi Okokomaiko