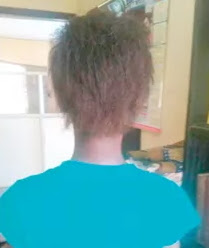 May 23, 2017 – Father & Son Charged With Incest For Sleeping With Daughter At Ajangbadi Okokomaiko

A father from hell identified as 56-year-old Sunday Adimagwu, and his 21-year-old son, Kenneth were yesterday arraigned before an Ikeja Chief Magistrates’ Court on a charge of incest.

Adimagwu, a driver, was accused of having sexual intercourse with his 12-year-old daughter while Kenneth, the girl’s half-brother, also allegedly defiled her.

The defendants live at No. 4, Ilogbo Street, Ajangbadi, Okokomaiko.
Prosecuting Inspector Clifford Ogu said the alleged offences were committed between last September and

April this year at the defendants’ residence. 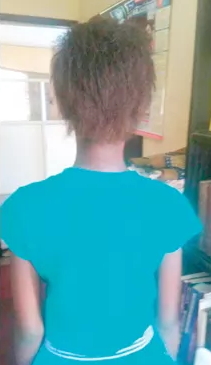 Ogu said the girl, following a separation between her mother and the father, lived with her father and stepmother.

He said: “Both sexually assaulted the girl on different occasions; father and son took turns to defile her. When the girl had the opportunity, she ran to her mother‘s house and told her what she had been going through — persistent sexual assault.”

Outraged, her mother reported the matter at the police station and the man was apprehended, Ogu added.
According to him, the offence contravened Section 259 of the Criminal Law of Lagos State, 2015. The defendants pleaded not guilty.

Chief Magistrate Taiwo Akanni granted each defendant N250,000 bail with two sureties in the like sum.
The case was adjourned till June 19.