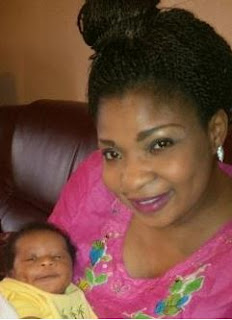 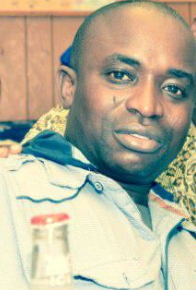 The US-based socialite has finalized his plan to get Laide Bakare arrested and withdraw her green card.

In a recent interview with Encomium magazine, Laide’s Ex-hubby said he has already contacted United States Immigration Officials about their marriage problem.

Okunfulure further said he has also hired a lawyer to finalize the legal process of getting her arrested.

He said after all is done, she will be deported to Nigeria from the United States of America.

This arrest he said will help the process of completing the appropriate DNA test to ascertain the paternity of the baby boy.

Hear Mr Okunfulure in his own words below;

What she did to me was unfair, after all i had done in her life.Now, i have concluded plans to not only to have her arrested but withdraw her green card which also bears my name. After that is done,she will be automatically flushed out of the united states of America,and she will never be allowed to enter again.This arrest will facilitate the DNA test,which is the only option to determine who actually fetched the new baby that she named after Orilowo. Ordinarily, she won’t show up unless she is arrested.

As we speak, Laide Bakare and her new born baby with her new husband, Mr Tunde Orilowo are currently staying at Inn Hotel in Manhattan, New York.

After securing her US Green card, she dumped him for another man citing the fact that he already married another woman before her.

How come she didn’t see all this before he sponsored her.

Did she just ignore them to secure her Green card?

Laide Bakare has so many questions to answer regarding this case.

The actress & her new hubby, Tunde Orilowo are waiting to get the citizenship for their baby before departing to Nigeria.