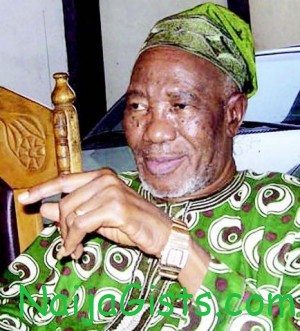 Lam Adesina, Ex-Oyo Governor passed away this morning at the age of 73 at St Nicholas private hospital after a brief battle with diabetes.

We learnt the ex governor who was critically ill 4 weeks ago was transferred by his children to the aforementioned private medical facility in Lagos from UCH Ibadan.

Alhaji Lamidi Ona-Olapo Adesina who was born on January 20 year 1939 passed away early Sunday morning on his hospital bed in Lagos.

His corpse has been transferred to Ibadan city where he is set for burial in accordance to Islamic rites today.

The deceased studied at Loyola College and completed his degree at the University of Nigeria, Nsukka from 61 to 63.

He is survived by his wife and children.