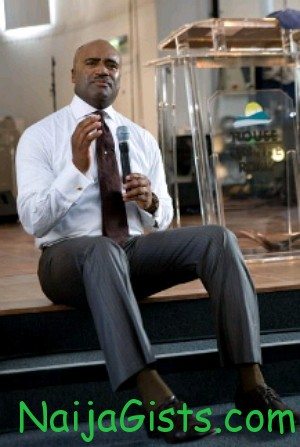 Pastor Paul Adefarasin of House on the Rock in a sermon on Sunday narrated how he escaped an accident in Lagos after he yielded to the instructions of God. naijagists.com

The eloquent man of God said on his way to the Airport yesterday to catch a Warri-bound flight to Pastor Ayo Oristejafor‘s 40th Anniversary, he suddenly discovered the bolts of a tyre on the left side of the utility car, had almost come off.

He immediately called an auto mechanic who loosened the 3 bolts with his hands without the help of a screwdriver.

“If we had gone with that car, I would have been a statistic by now and the mood in this church today wouldn’t be what it is. But because I am a man who honours God and honour people that are honourable, I am standing here today.”(DailyPost)