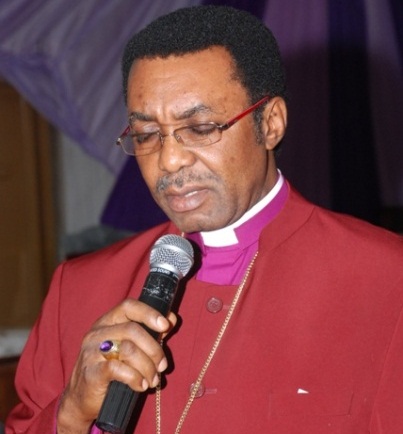 May 20, 2015 – Land Grabbing: “Governor Chime Is Looking For My Trouble” – Anglican Archbishop Chukwuma

The Archbishop, Enugu Province and Bishop Enugu Diocese of the Anglican Communion, Most Revd Emmanuel Chukwuma has slammed governor Sullivan Chime over his planned acquisition of the premises of Christ Church, belonging the Anglican Church.

Archbishop Chukwuma who was visibly angered by the development said Chime was not only looking for his trouble but was tempting God and called for prayers against insolence of the Enugu state government.

He wondered why Chime at the twilight of his administration was desperately exhibiting land grabbing tendencies “ every single space he wants to take, what is wrong with this boy” Chukwuma queried.
Archbishop Chukwuma noted that the governor was not only arrogant and wicked but has his heart at back such that he has no regard for God and humanity. He warned that any attempt to dare the church will be strictly resisted.

Recalled that Clergymen and members of the Christ Church, Uwani protested against forceful acquisition of their land by some people alleged to be officials of the Enugu state government.