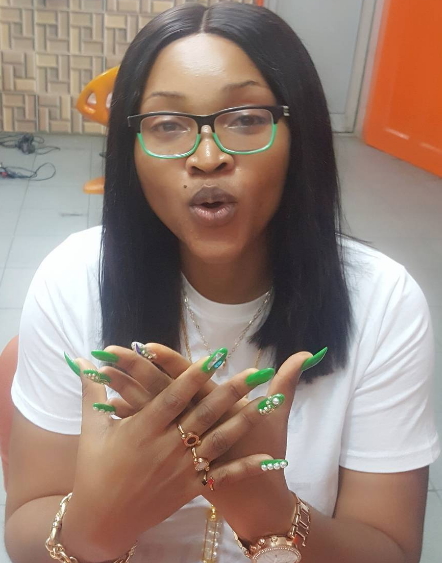 Mercy Aigbe & Husband Likely To Come Back Together Soon – Insider

The bitter fight between Nollywood actress Mercy Aigbe and her husband is likely to come to an end soon.

For the first time since sensational details of their marital mess seeped into public domain, truce is on the table for embattled couple, Mercy Aigbe and Olanrewaju Gentry.

As the hotelier and auto merchant estranged husband of the star actress has cooed to family members who waded in that he still loves Mercy.

The 52 year old father of four children told peace makers he’s now ready to take back his wife of ten years.
But it is unclear if the 38 year old mother of two children will accede to the moves.

Since the middle of April, the partners have entertained Nigerians with salacious details in their troubled union. From mind boggling philandering by both parties to violent assault and accusations of abandonment of parents, it was a horrific tale capable of ruining souls and reputations.

With two court cases, and threat of a libel from their friend, Opemititi Ajayi, long jail terms are even on the cards.

But with this truce, events may still end happily, in spite of the collateral damage of the scandal.

The process to resolve the marital conflict between star actress Mercy Aigbe and her estranged husband, Olanrewaju Gentry, out of court is ongoing, if information at encomium disposal is anything to count on.

According to insiders, the families from both sides have met and decided to end the feud amicably.

An industry source revealed that the two families are pleading with the movie star to withdraw all the charges levelled against her estranged husband and give room for peaceful intervention in the interest of their little child, Juwon, who is the major casualty of the imbroglio.

“The way things are going, Mercy Aigbe may drop the charges she reeled against her husband in court concerning the allegation of wife battery. I learnt her husband’s family and hers met secretly a few days ago to handle the matter. And that pressure is on Mercy now to withdraw the case as her husband is said to be ready to welcome her back home with the pledge that she won’t be assaulted again. Though, the man claimed he didn’t beat Mercy, he was said to have insisted he is still in love with her, come what may.

“I also learnt their family friends who have also appealed to Mercy to sheathe her sword and move back her belongings to her matrimonial home in Omole, Lagos. But I don’t know yet if Mercy has heeded the call. All I know is that both of them are very much likely to come back together soon.”