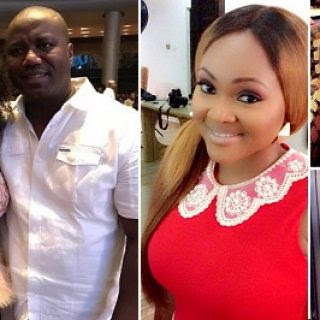 It is no longer news that Nollywood actress Mercy Aigbe’s marriage of 7 years is about to crash, however, the key player in the domestic violence case has denied ever being a part of the assault.

Lagos hotelier Asiwaju Lanre Gentry in a recent chat with a Lagos softsell magazine claimed that the photos going viral on the net were taken on the set of Mercy Aigbe’s new movie about domestic violence, ‘Victims’.

He alleged that Aigbe is using the whole drama as a lame excuse to pack out of his house and get him in trouble.

This is his own side of the assault story: 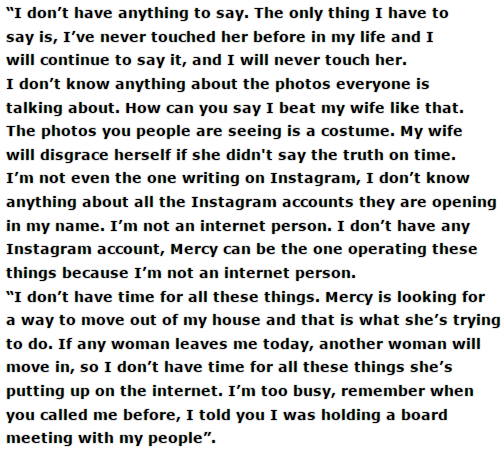