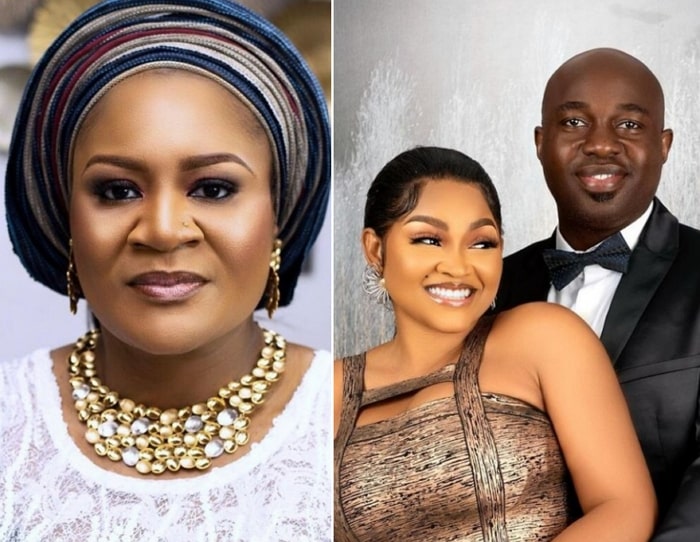 Funsho Asiwaju, the soon to be ex-wife of Nollywood promoter, Kazim Adeoti has finally slammed her former bestie for destroying her marriage.

In a new social media post, Funsho alleged Mercy Aigbe had been sleeping with Kazim Adeoti when her son was five-month-old.

Adeoti and Mercy Aigbe married recently, fueling speculations they had been seeing before.

In the interview with Media Room hub, Adeoti had said his religion permits him to marry more than one wife and he was proud of the step he took.

He, however, noted that although things didn’t go well at the very start with his family everything was under control.

Reacting to the interview, Oluwafunso Asiwaju, on her Instagram page wrote: 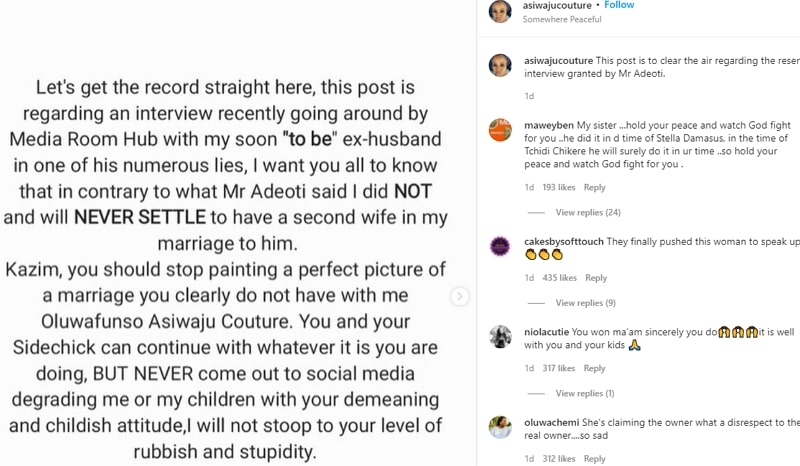 “Let’s get the record straight here. This post is regarding an interview recently going around by Media Room Hub with my soon-to-be ex-husband in one of his numerous lies.

“I want you all to know that in contrast to what Mr Adeoti said, I did NOT and will NEVER SETTLE to have a second wife in my marriage to him.

“Kazim, you should stop painting a perfect picture of a marriage you clearly do not have with me, Oluwafunso Asiwaju Couture.

“You and your sidekick can continue with whatever it is you are doing, BUT NEVER come out to social media degrading me or my children with your demeaning and childish attitude. I will not stoop to your level of rubbish and stupidity.”

Denying Mercy Aigbe’s claim that they were never friends, the mother of four said:

“As for you Mercy, let’s cut the crap. We were friends but the shame and your glam lifestyle will not let you admit it.

“You were a constant friend of mine back then. I brought you close as a friend because I liked you but you repaid me by sleeping with my husband, Kazim
“You were a problem in my marriage for YEARS. Now I’m happy to let you know this is only the beginning of the end for you.”